THESE SIX INSPIRING FILMS ABOUT BUSINESS ARE NOT ONLY ENTERTAINING, BUT ALSO INFORMATIVE.

Documentaries afford us an opportunity to learn and be entertained at the same time. These true stories dig into topics to inspire and inform you in more than just in your personal life. Small business owners could learn a few things from these picks. They include stories about what to do when running a business, and some about what not to do. They tell inspiring, real-life stories about individuals’ struggles and dedication to their dreams. Each of these films contain plenty of lessons and may inspire your next big idea.

A classic story of David vs. Goliath, “Beer Wars”tells the story of small, independent beer brewers as they struggle to compete in the corporation-dominated field of beer. While the biggest, most established beer brewers such as Anheuser-Busch and MillerCoors overshadow the market with mass production and worldwide recognition, the smaller brewers make a case for quality over quantity. These small business owners contend with the challenges of winning over customers and overcoming the overwhelming marketing of the big guys.

2. Enron: The Smartest Guys in the Room

This documentary is the quintessential film about the rise and infamous fall of Enron, once one of the richest and most powerful corporations in the world. The energy company, which owned $65 billion in assets at its peak, went bankrupt less than a month after its corrupt business practices came to light. The amount of financial fraud committed by the company led to several reforms and new transparency laws. “Enron: The Smartest Guys in the Room” catalogs the company’s beginnings as a relatively small enterprise and the people who innovated and grew the company, but were eventually caught up in the greed and unethical business tactics that led to the corporation’s downfall.

“Freakonomics: The Movie” is an absolute classic about skewing your worldview to approach a question. Inspired by the bestselling book “Freakonomics” by Steven Levitt and Stephen Dubner, this collaborative film project by six documentarians examines the hidden sides of several subject matters with the goal of challenging conventional beliefs and knowledge. Stories it explores include the world of Japanese sumo wrestling and cheating, the idea of incentivizing students to get better grades, and cultural segregation. Like the book, the documentary reframes the subjects and forces the viewer to look at problems a different way. The film explores the power of incentive on people and debunks several myths of correlation and causality, all while applying economic principles.

From bedrooms to basements to garages, the filmmakers of “Generation Startup” follow six college graduates in Detroit as they take the plunge into the world of business. Over the course of 17 months, the young entrepreneurs work through hardships to make an impact in Detroit’s fledgling startup scene. The documentary demonstrates what it’s like to truly begin a startup from nothing and work day and night to find success, whether it’s a tech startup or a pasta startup. Throughout the film, we see their failures and the risks they take to start their businesses and then keep them afloat.

“Jiro Dreams of Sushi” examines one man’s pure dedication and quest for perfection in his craft. Jiro Ono is the owner and head chef of a humble sushi restaurant tucked away in a Tokyo subway station, but is considered the greatest sushi chef in the world. His restaurant was the recipient of the coveted three-star Michelin Guide rating, with people from around the world booking seats months in advance. He has achieved all of this after decades of hard work, yet the 90-year-old still strives for perfection in his sushi making as well as imparting what he knows to his son, who will eventually take over the restaurant.

Following the journeys of multiple tech entrepreneurs, “Print the Legend” highlights the challenges, hardships and sacrifices of building a startup in an emerging industry. The film showcases the founders of 3D printer manufacturers MakerBot and Formlabs, which were among the first to bring 3D printing to the attention of the mainstream and make it a commercially available product. The companies’ histories and growth are documented, including their breakthroughs, stumbles and controversies, all fueled by their belief that they were creating a technology that would change the world. 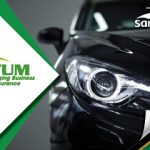 Proud supporters of We Are Durban
Scroll to top